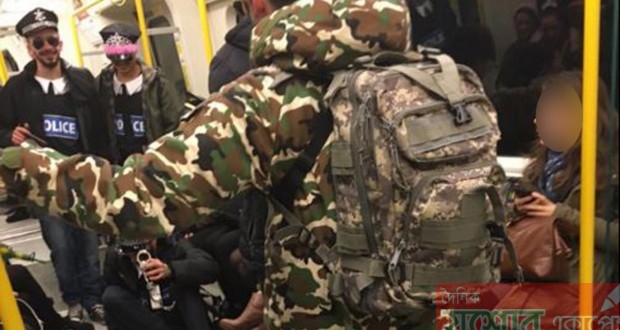 Shocking scene: A passenger who witnessed the scene said the man appeared to be wearing a small man bag with a detonation cord attached Alec Wilson . source .standard.co.uk

A “sick” prankster dressed up as a suicide bomber for a journey on the London Underground, sparking panic among commuters.

The shocking scene was spotted on a District line train in west London on Monday, with Londoners and the police blasting the “crass and insensitive” stunt.

One witness, who snapped a photograph and shared it on social media, said he thought the man was lucky not to get shot, while the British Transport Police slammed the behaviour in light of recent terror attacks.

Alec Wilson, 29, said he noticed the man after boarding the train at Fulham Broadway station at about 7pm last night. He said he was wearing army fatigues, a fake device on his chest and a large rucksack,

“I got on and leant against the door, and the guy in camo walked past,” he said.

“I saw he had this little man bag on his front, like a camera bag, and it had a ‘detonation’ cord.”

He said people on the busy carriage looked shocked but no-one did anything as they appeared to quickly realise it was a “sick” joke.

“Then I realised his weapon was plastic and that he was walking towards the ‘police man’ with a feather boa in his hat,” said Mr Wilson, who lives in Fulham and works for a design company.

“Once I realised it was a joke I thought it was sick.

“I thought if he’s the first one walking through a turnstile and a police officer calls it in, they’ll be pointing automatic weapons at him.”

Four or five men, thought to be in their late 20s or early 30s, were with him dressed up a police officers. Several women were also with the party, Mr Wilson said.

He added: “It’s inappropriate. People dress up as Nazis, that’s offensive, but it’s not something that might get you shot.”

The British Transport Police said officers were aware of the incident even though it wasn’t reported by anyone on the train.

“It is insensitive and crass behaviour in the light of recent terrorist attacks across the world and the threat to the UK currently at severe,” said a spokeswoman.

“It is important for everyone to remember the need to be responsible and considerate to fellow passengers while making your journey.

“We would always encourage anyone to report anything they think is suspicious or which makes them uncomfortable to us, to allow us to establish if any further action is needed.”
source standard.co.uk 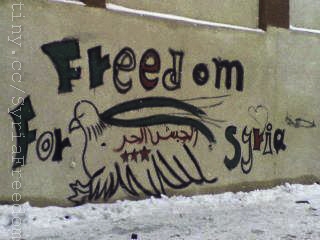 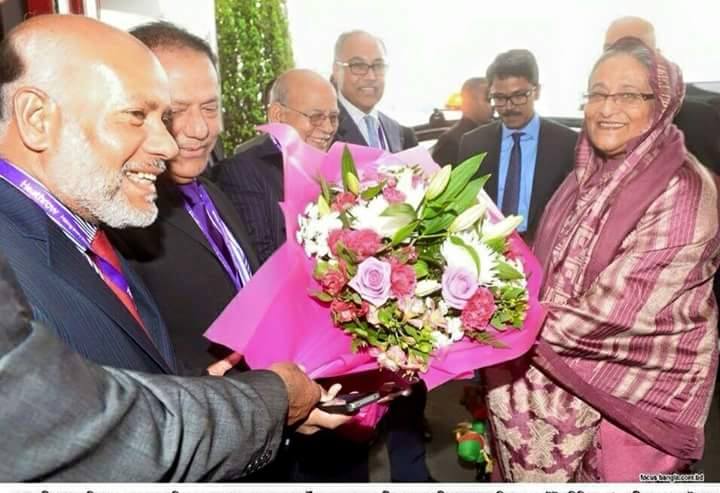 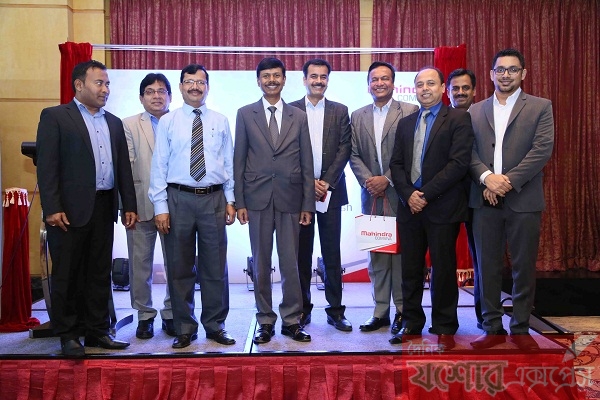